How Buddy the Elf got a job at Asda

Havas London have created a fantastic Christmas advert for Asda that features Will Ferrell’s Elf character taking part in a trial work shift.

Fans of the 2003 Christmas comedy film directed by Jon Favreau will recognise that the shots of Buddy are taken from the original film. Yet in this Christmas advert, Buddy is in an Asda store, interacting with characters and props – so how did they make it?

In this blog, we will share our take on how it was produced, and how clever writing, video production and directing, combined with seamless execution of visual effects (VFX) have created our favourite Christmas advert of the year so far – No pressure, John Lewis!

The Making Of: Have your Elf a Merry Christmas

Rotoscoping is the process of tracing over live-action footage, frame by frame, to isolate an object from where it was originally filmed. Back in the day, Rotoscope Artists would project a filmed image onto a panel of glass then trace over the image. Thankfully, rotoscoping today is predominantly done on computers – but it’s still one doozey of a job!

Rotoscoping was a technique original created for use in the animation industry.

Take a look at the brilliant video below by Vox, who explain how the animator Max Fleischer originally revolutionised the animation industry by inventing a technique that would produce more fluid, realistic motion when animating characters.

This technique would ultimately become rotoscoping, the same used widely across the animation and film industry today.

Before rotoscoping existed, animations were clunky and the movement of characters didn’t reflect that of real people. All of that changed when Fleischer enlisted the use of his brother, Dave, a filmed on a rooftop with giant white sheet for the creation of Koko the Clown, first released in 1918.

Whether you’re watching a film, an advert on TV or a corporate video on the internet, rotoscoping as part of wider VFX techniques are regularly used by VFX Houses and video production companies in post-production.

Here are just a few modern use-cases for rotoscoping;

Today, rotoscoping is possible in a number of applications, from video editing to compositors. As is the case with everything video production and VFX, there’s more than one way to get it done.

It’s about choosing an application you are comfortable using, or can learn to achieve your post-productions goals.

Here are a list of software you can use for rotoscoping:

A big part of why the Asda Christmas advert is so effective, is how the characters interact with Will Ferrell’s Elf Character Buddy!

When you account for the fact that the Elf has been extracted from the original film and Will Ferrell certainly didn’t didn’t get to experience the sights and sounds of an Asda supermarket in person when filming, so what are the other characters in the advert looking at and interacting with?

From the making of you can see how the advert was filmed with the use of an on-set body double. This character would act out key scenes, whether that be interacting with shop attendance or jumping on giant Christmas trees.

This means that the supporting cast are able to more realistically react to the action within the advert, keeping their eyeline fixed in the correct spot.

Then the VFX wizards, in this case Framestore, are able to replace the stand in with Will Ferrell’s character Buddy. Magic.

LiDAR stands for ‘Light Detection and Ranging’. It is the practice of using light pulses to scan an environment, recording the distances it takes for the light pulses to bounce off objects and obstructions in a space before reflecting back to the sensor, thus creating a point cloud that essentially builds a 3D image of the space.

In the context of the Asda Christmas ad, LiDAR was used to scan a real-life Asda store which allowed the creative teams to scout locations virtually, especially useful when figuring out how Buddy’s performance in the film Elf could be applied to a scenario in a supermarket.

LiDAR is now widely used in sectors outside of 3D and CGI, including;

A green screen studio is a space where visual effects (VFX) are created. The walls, floors and ceiling of the studio are painted green or blue, so this colour is then used as the background in all the footage that is shot in the studio. This allows for easy removal of the background later in post-production, making it possible to insert any other image or video into the scene.

The artistry involved in creating VFX is extremely complex, but at its core is a simple process: combining different elements from multiple sources to create an entirely new scene.

The colour green (and blue) is widely used in chromakeying as is the furthest away on the colour spectrum to skin tones. When the specialist chromakeying software does it’s thing, you only want to be removing the background and not parts of the actors faces!

In the Asda Christmas advert, sets where built inside a giant chromakeying studio that consisted of the main areas in which the primary action was taking place. For example, the check-out area.

Set extensions are fairly self-explanatory, they allow for the extension of a set!

In the context of the Asda Christmas advert, set extensions were used to fill the gaps once the chromakeying has taken place and the green/blue screens has been removed in post-production.

For example, where there has been a checkout area filmed on greenscreen, set extensions are used to populate the background with additional aisles and other supermarket props.

The elements used in set extensions can be digitally painted, sometimes referred to as ‘matte painting’. These are most widely used when creating landscapes and distant background objects. These are especially great when creating fictional or fantasy content.

In the case of the Asda Christmas advert though, the set extensions look to have been created in 3D, allowing Framestore to create any number of aisles for the background, add particular types of products on the shelves and steer the general style of the whole environment – exactly how the Director would want.

Colour grading is the process of adjusting and manipulating the colours of an image. This can be done in order to improve the look of the image or video, or to create a specific mood or feeling. Colour grading is often used in films, advertising and TV, but can also be used in other types of video production where there is the need for a specific look to create a certain appeal or if the objective is to evoke a feeling.

In the Asda Christmas Elf advert, amongst the many challenges, it was making the inserted rotoscoped shots of Will Ferrell’s character look like they’re supposed to be there – in a supermarket!

Let’s take an example – If you consider that a shot from original film was filmed outside with cold blue light, but then you wanted to place that character indoors under warmer light – if he was just plonked in there it wouldn’t work as the colours would be way off. Using colour grading to tweak the colour channels of individual elements allows for a more integrated and ultimately believable composition.

The final piece of the puzzle to match the original filmed content with the Asda Christmas advert was to apply film grain and chromatic aberration – these are textural elements that appear when filming on particular cameras, with certain lenses.

Spark Engine – An animation, motion & video studio based in Manchester.

For more information or to speak to us about a potential requirement for animated, video or CGI content to help your marketing and communications, please get in touch on +44 (0)330 043 0120 or via the form below. 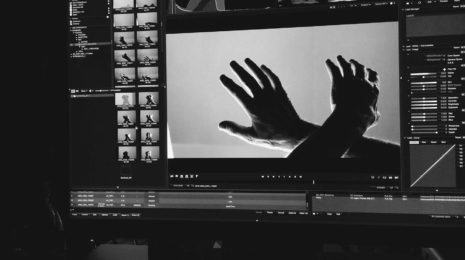 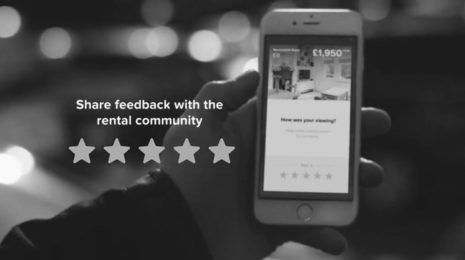 How to Expand Your Brand with Online Video